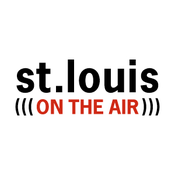 St. Louis on the Air

de
'33 And Counting' Spotlights Missouri Grandmother’s Fight For Clemency
Seventy-year-old Patty Prewitt has been busy making masks lately — like many citizen seamstresses working to help combat COVID-19. Prewitt, though, is sewing them for staff at the women’s prison in Vandalia, Missouri, where she’s serving a life sentence for her husband Bill’s 1984 murder. In the three and a half decades since that stormy and violent night in Holden, Missouri, Prewitt has consistently maintained that she is innocent, and that her husband’s death came at the hands of an intruder who also raped her. Prewitt’s case is getting some fresh attention thanks to the St. Louis Post-Dispatch’s Aisha Sultan. She recently released the film “33 and Counting” via the newspaper’s website. The 38-minute documentary digs into the wildly contrasting accounts of the crime as well as what Prewitt and her children and grandchildren have endured — and been fighting for — since her 1985 conviction. In this segment of the talk show, Sultan joins host Sarah Fenske to discuss Prewitt’s story and its particular urgency during a pandemic.
St. Louis Union Urges Governor To Mandate Face Coverings For Shoppers
The union that represents thousands of grocery and other retail workers in the St. Louis area — United Food and Commercial Workers Local 655 — is asking Missouri Gov. Mike Parson to mandate that customers cover their faces while shopping in retail facilities deemed essential businesses. The union also asks that Parson designate all essential retail workers as temporary first responders, which would give them state-provided protective gear and other benefits. In this episode, host Sarah Fenske talks with the president of the UFCW 655, David Cook, as well as Chris Dean, a local grocery store employee who started the 'Who Are We' movement as a resource and organizing point for essential workers during the COVID-19 outbreak.
SLU Pandemic Researcher On Quarantine Procedure, Screening, Tracking
SLU School of Law's Rob Gatter talked to Sarah Fenske on Tuesday's "St. Louis on the Air" about quarantine procedures and related topics that connect his research on pandemic preparedness. Also in the conversation were questions from callers regarding quarantine procedures.
St. Louis Author Takes Readers To Paths Less Traveled at Forest Park
On Tuesday's "St. Louis on the Air" host Sarah Fenske talked to Carolyn Mueller, author of "Forest Park: A Walk Through History" and zookeper at the Saint Louis Zoo. During the show, Mueller discussed places to visit off the beaten path in Forest Park as well as lesser-known sculptures featured in St. Loius' flagship park.
Sarah Kendzior Discusses Book Detailing Donald Trump’s Rise To Power
Host Sarah Fenske talked to St. Louis-baed author Sarah Kendzior Monday about her book “Hiding in Plain Sight: The Invention of Donald Trump and the Erosion of America”, which talks about Trump’s rise to power since the 1980s.
Mostrar mais

St. Louis on the Air: Playlist

Sobre St. Louis on the Air 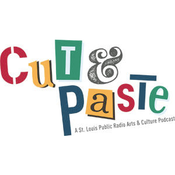 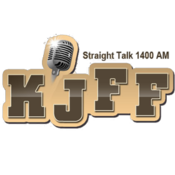 St. Louis on the Air: Podcast do grupo