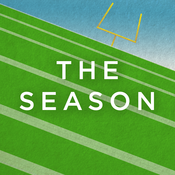 de
Episode 11: Year One
In their 10-game season, the Lions have seen success with wins against Wagner and Yale — the team's first victories in years — but remained a team that lost far more than it won. Yet the Lions did learn to hold their own — at least sometimes — against some of the best teams in the Ivy League.  So at the end of this season, Al Bagnoli's first as coach for the team, there's just one question left to ask: Was this the turnaround everyone was hoping for? Fans root for the Lions during the Columbia game against Brown. (Richard Yeh) Al Bagnoli walks away from a team huddle during the Brown game, the last of the 2015 season. (Matt Collette) The Season host Ilya Marritz gets football advice from Columbia football coach Al Bagnoli. (Matt Collette)
Episode 10: And The Band Plays On
The Lions define success by wins and losses. But members of the Columbia University Marching Band  — who are sometimes the only Columbia students in the stands — couldn't care less how their team actually does. (At least, that's what they'd like you to think.) Both groups are defined by the traditions and values they pass from class to class. And that means change can only really happen one year at a time. For the football team, the best hope at a turnaround may rest not in its current team, but in the high school seniors the school is trying to recruit. Subscribe to The Season on iTunes  or wherever you get your podcasts. New episodes will be released every Thursday. Quarterback Anders Hill dives into the end zone during Columbia's away game at Cornell. (Matt Collette)   Kristyn Brundidge and Dante Guameri do play-by-play commentary for WKCR, Columbia's student radio station. (Ilya Marritz)   Senior Ron Brown leads his last show as drum major for the Columbia University Marching Band (Matt Collette)
Episode 9: Moral Victory
The Columbia Lions are quick to tell you that they don't believe in "moral victories." In football, you either win or lose; there's no gray, in-between area. But it's not so simple in real life. Take the story of senior defensive lineman Chad Washington. In the spring of 2013, he was arrested and charged with a hate crime. Overnight, he became the poster child for what was wrong with football at Columbia. The charges were later dropped and since then, Washington's been working rebuild his reputation. But turnarounds can take a long time. Subscribe to The Season on iTunes  or wherever you get your podcasts. New episodes will be released every Thursday. Game statisticians watch the action unfold from their perch in the Columbia press box. (Ilya Marrtiz)   Harry Enten, right, a lifelong Lions fan and journalist for the website Five Thirty Eight, cheers during Saturday's game against Harvard. (Matt Collette)
How to Cheer for the Losing Team
How do you root for the Columbia University football team when they're always losing? Meet the marching band that does. "At a lot of games, the band are the only people there, along with the parents of the football team," said Karl Wagner, head manager of the band. "On a daily basis with the band, I am thinking, 'Why am I doing this?'" Subscribe to The Season on iTunes  or wherever you get your podcasts. New episodes will be released every Thursday.
Episode 8: 'The Worst Part About Our Sport'
Everybody knows football is a tough, violent sport. But the long-term consequences of playing — particularly as they relate to concussions — have only recently started to emerge. The game has gotten safer, but it still poses big risks for the young men who play it. Football forever changed the life of Jack Kerouac, who played for the Columbia Lions in the early 1940s. It brought him to New York, where he met the likes of Allen Ginsburg and Neal Cassady and established himself as an early pioneer of the Beat movement. But, according to a New Yorker story by journalist Ian Scheffler,  it also left him scarred — physically and perhaps even mentally. Subscribe to The Season on iTunes  or wherever you get your podcasts. New episodes will be released every Thursday. Jack Kerouac played football for Columbia in the early 1940s. (Courtesy Columbia University Archives.)   Wooden crutches that belonged to Jack Kerouac, who used them after breaking his leg while a football player at Columbia, are part of the Berg Collection at the New York Public Library. (Ilya Marritz)     Players leave the field after Columbia's win over Yale — the team's first Ivy League win since 2012. (Matt Collette)   Defensive lineman Hunter Little with his mom, Julie Meisler, after the Yale game. (Ilya Marritz)
Mostrar mais 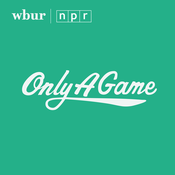 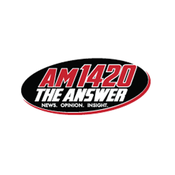