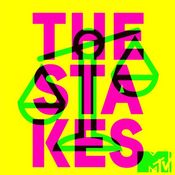 de
Florence and Normandie: 25 Years After the L.A. Riots
On April 29th, the 25th anniversary of the L.A. riots, the residents of South Los Angeles came together to commemorate, reflect, and organize. Producer Mukta Mohan and Senior National Correspondent Jamil Smith went to the corner of Florence and Normandie, where the unrest began, to speak to the people, young and old, who have been rebuilding and strengthening their neighborhoods through activism and art. Interviews include Rodney King's daughter and his first wife, the aunt of Latasha Harlins, and several community activists.
Jason Kander
Welcome to The Stakes. This week, Senior National Correspondent Jamil Smith sits down with Let America Vote founder Jason Kander—the Army veteran and former Missouri Secretary of State who narrowly lost his U.S. Senate race last fall to Republican incumbent Roy Blunt. They talked about his new organization's mission to stop voter suppression and gerrymandering; the President’s new “election integrity” commission; and that ad when he assembled a rifle blindfolded.
Revisiting Standing Rock
For several months beginning in late summer 2016, protesters camped out in North Dakota to stop construction of the Dakota Access Pipeline — a $3.7 billion project that is currently transporting oil across four states. The self-described "water protectors" wanted to protect sacred Standing Rock Sioux sites that pipeline construction could destroy, and worried about potential contamination of the Missouri River should a rupture happen. At their peak, the protest camps housed several thousands of people from all over the country, including members from hundreds of different tribes. On December 4, 2016, the Army Corps of Engineers announced that the pipeline would not be permitted at Standing Rock. Two days later the tribal council’s chairman told water protectors that it was time to pack up and go home. On March 24 of this year, President Trump issued a memo announcing that the State Department had given final permission to proceed with the Dakota Access Pipeline through Standing Rock. By March 28, Energy Transfer Partners announced that there was crude oil in the pipeline under Lake Oahe. In late 2016, MTV News writer Marcus Ellsworth and podcast producer Kasia Mychajlowycz traveled to the Oceti Sakowin Camp, a large allegiance of smaller camps containing an estimated 7,000 to 8,000 people, to talk to water protectors, volunteers, and allies about why they were standing up against the Dakota Access Pipeline, and what they’d do when December 5 rolled around. Voices featured in this show include Eva Cardenas, André Perez, George Pletnikoff Jr., Andre Nunez, and Liz George. This episode of “The Stakes” was produced by Kasia Mychajlowycz, Michael Catano, James T. Green, and Mukta Mohan and is part of the MTV Podcast Network. You can subscribe to "The Stakes" and other fine MTV Podcasts productions at podcasts.mtv.com
Friendship Park
Welcome back to “The Stakes.” This week, producer Mukta Mohan brings us stories from Friendship Park: the only place along the 2,000 miles of border between the United States and Mexico where people from both countries can talk to each other face-to-face.
The Family of Kalief Browder
This week on The Stakes, senior national correspondent Jamil Smith speaks to Nicole and Akeem Browder, the siblings of Kalief Browder, who spent three years in Rikers Island without a trial. His powerful story was made into a six-part documentary series, Time: The Kalief Browder Story, which premiered on Spike on March 1.
Mostrar mais 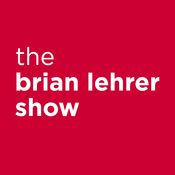 The Stakes: Podcast do grupo