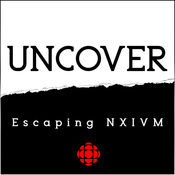 de
Introducing Chasing Cosby by the L.A. Times
For decades, Bill Cosby brought warmth and laughter across the country, cementing his image as “America’s Dad.” But behind that disguise was the real Bill Cosby – the monster who preyed on women by promising them mentorship, only to then drug and violate them. Hosted by Nicki Egan, the lead investigative journalist on this case, the series features jurors, lawyers, and over a dozen survivors telling their story together for the first time. “Chasing Cosby” is the definitive take on the rise and fall of America’s Dad.
S1, S3 & S5 BONUS: The Story I Didn’t Tell
Join Ian Hanomansing and the hosts of Uncover, Missing and Murdered and Hunting Warhead as they share never-before-told stories from their podcasts in front of a live audience at the Hot Docs Podcast Festival. Josh Bloch asks if he was duped by his friend and subject of Uncover: Escaping NXIVM, Sarah Edmondson. Connie Walker reveals why she became a journalist and her hidden motivation behind her true crime podcast Missing and Murdered. Justin Ling, host of Uncover: The Village dives deep into Hollywood's connection to so-called "homosexual murders." Uncover: Sharmini host Michelle Shephard shares her approach for getting subjects to talk, and Daemon Fairless, host of Hunting Warhead questions if we should show sympathy to pedophiles.
Introducing Hunting Warhead
A new investigative series from CBC Podcasts and the Norwegian newspaper VG. Hunting Warhead follows an international team of police officers as they attempt to track down the people behind a massive child-abuse site on the dark web. Listen at hyperurl.co/huntingwarhead
Introducing Bad Batch
When a group of patients wind up in a Texas hospital in critical condition, the trail leads back to one stem cell company and its charismatic CEO. What happens when a supposed miracle cure leaves you worse off than before? Listen to Wondery’s new series Bad Batch at wondery.fm/UncoverBadBatch
S5 E6: Searching for Justice
Sharmini, episode 6 - Sharmini's brother Kathees shares the last time he saw her and recalls their interactions with Stanley Tippett before she went missing. The Toronto Police shares why no one was charged for Sharmini's murder, with context of another case around the same time. We hear her voice for the first time. Also, after the credits, an update from the team.
Mostrar mais