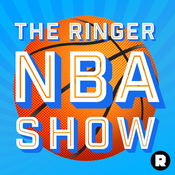 de
Optimism for Completing the Season, the Jordan Documentary, Mailbag, and More | The Mismatch
We review comments by Mark Cuban and Adam Silver that make it seem like the NBA is still focused on finishing the 2019-20 season (3:52), before discussing the news that ESPN has decided to move up the release date of its much-anticipated 10-part Michael Jordan documentary (7:09). Then we open back up the Mismatch Mailbag to a whole new list of your questions (11:00). Hosts: Chris Vernon and Kevin O’Connor
The Four Most Undercovered Stories or Players from the 2019-20 Season | The Mismatch
We revisit some of the stories and players that we dropped the ball on covering this year—including Goran Dragic (the unsung anchor of the Miami Heat), Victor Oladipo’s return to form, Alex Caruso, and more. Hosts: Chris Vernon and Kevin O’Connor
Possible NBA Return Scenarios, Draft Prospects Declaring, and More Mailbag Questions | The Mismatch
We look to other countries’ professional basketball leagues and wonder whether the NBA can develop a model to return that works in the United States (0:42) before discussing a bevy of college players that have declared for the NBA draft in the time since basketball’s hiatus began (12:46). Then, we revisit some of the questions we didn’t get to from last Friday’s mailbag, including basketball book and movie recommendations, potential rule changes to the league, and more (21:11). Hosts: Chris Vernon and Kevin O’Connor
Reopening the Mismatch Mailbag: Who Should Blow It Up, NBA Sliding Doors, and More | The Mismatch
We sifted through all your questions and picked our favorites: What were our most memorable arguments? Which teams are primed to blow it up next season? What music are we listening to? And much more. Hosts: Chris Vernon and Kevin O’Connor
Life Without the NBA. Plus: Tom Brady Leaves the Patriots. | The Mismatch
Kevin reacts to the news that his favorite football player of all time, Tom Brady, is leaving the New England Patriots (0:00). Then, we discuss the NBA’s myriad of options for proceeding with the season—all contingent on global news—and discuss what we’ve been doing while sports have been on hiatus (0:00). Hosts: Chris Vernon and Kevin O’Connor
Mostrar mais