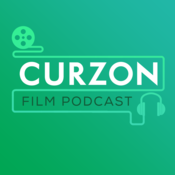 de
BACURAU Q&A | The Curzon Film Podcast feat. Kleber Mendonça Filho and Juliano Dornelles
Kleber Mendonça Filho, the director of&nbsp; Aquarius , and collaborator Juliano Dornelles have come up with a politically loaded riff on&nbsp; The Most Dangerous Game &nbsp;scenario. It’s a thrilling blend of genre thrills and shocks, and smart satire. Bacurau, a settlement in rural Brazil, is shaken by its matriarch’s death. But something strange is happening, the water supply has been cut off, and the village has disappeared from satellite maps completely. Under threat from an unknown enemy, Bacurau braces itself for a brutal fight for survival. We hosted writer-director pair Kleber Mendoh-sa Feelyo and Juliano Dornales for a Q&A at Curzon Bloomsbury, where they spoke to Observer and Curzon Magazine contributor Wendy Ide about the films 10 year journey to the screen, its international inspirations and their 11000km search for the perfect small town…. For information regarding your data privacy, visit
PORTRAIT OF A LADY ON FIRE | The Curzon Film Podcast feat. Céline Sciamma
We’re in love. It started with a Water Lilies in 2007. Our love grew stronger with Tomboy in 2011. We were devoted by the time Girlhood came around in 2014. And now, well, we scarcely know what to do with ourselves. This month we’ve dedicated an entire episode of our podcast to Céline Sciamma’s Portrait of a Lady on Fire , the film that has set the roof alight with all those fire emojis. Twitter is burning! Sciamma’s fourth film as a director took Cannes by storm back in 2019, earning standing ovations and taking home the Queer Palme. Earlier this year it was nominated at the BAFTAs, having already stolen our hearts. Over the course of the show, you’ll get expert insights on Céline Sciamma’s career up to this point. We’ll hear from the director herself all about the inspiration for the film, the title and that stunning choral number. Modern day portrait artist, Nina Mae Fowler, tells us about the reality of portraiture. And we find out from academic Jennie Batchelor just what it was like for women artists in the 18th century. The podcast is hosted by Steph Watts. It is produced by Ryan Hewitt and Jake Cunningham, edited by Mark Towers, and scripted by Jake Cunningham and Steph Watts. With thanks to all of our contributors, and a special thanks to Kelly Powell, Louisa Maycock and Irene Musumeci. WITH THANKS TO OUR SPECIAL GUESTS: Céline Sciamma Céline Sciamma is a French filmmaker, a director and writer. To date she has directed four films: Water Lilies , Tomboy , Girlhood and Portrait of a Lady on Fire , and she wrote the screenplay for award-winning animation, My Life as a Courgette . Tricia Tuttle Tricia Tuttle is Director of Festivals for the BFI. Tuttle’s appointment as Artistic Director BFI London Film Festival follows her role as interim Artistic Director in 2018 and five successful years as Deputy Head of Festivals at BFI, including BFI Flare and BFI London Film Festival. She is also a huge champion of Céline Sciamma. Nina Mae Fowler Nina&nbsp;Mae&nbsp;Fowler&nbsp;is known for her sumptuously detailed, large-scale drawings and installations which interrogate themes of celebrity, beauty, power and sexuality. Also an established portrait artist her sitters have included the biographer Dame Hermione Lee, biologist Richard Dawkins and ballet dancer Carlos Acosta (for which she was shortlisted for the BP Portrait prize in 2008). Most recently, The National Portrait Gallery has unveiled a major new commission by the artist entitled ‘
THE PARASITE Q&A | The Curzon Film Podcast feat. Edgar Wright & Bong Joon Ho
Beware, there's spoilers ahead! Bong Joon Ho's PARASITE is the film that keeps on giving. To complement our
PARASITE | The Curzon Film Podcast feat. Bong Joon Ho + Tilda Swinton
We’ve dedicated an entire episode to the film that, for many many months, has been infecting audiences more than any other. Created by South Korean director Bong Joon Ho, since its debut at the Cannes Film Festival in May 2019,
THE LIGHTHOUSE | feat. Willem Dafoe & Robert Eggers
This week we ask the question ' How long have we been on this rock? Five weeks? Two days? Where are we?' as Willem Dafoe and Robert Eggers join us to spill their beans about their new indescribable not-quite horror film The Lighthouse. Robert Pattinson and Willem Dafoe are left alone on a grim deserted island to tend to a lighthouse in 1890's New England. As tensions rise between the two men, the boundaries between fantasy and reality begin to blur... For information regarding your data privacy, visit
Mostrar mais