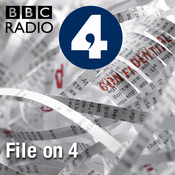 de
Fair game? The secrets of football betting
In recent years, betting companies have invested millions in Britain’s professional football leagues through sponsorship deals and blanket advertising campaigns. The ever-increasing collaboration between the two has been labelled as the ‘Gamblification of professional football’ – a term which, for many, raises serious concerns. File on 4 puts this controversial relationship under the microscope, asking if football’s public endorsement of gambling companies is helping to normalise, even encourage, a pursuit which, for those most vulnerable, can lead to addiction, financial devastation and suicide in extreme cases. In addition, we investigate the failure of gambling companies to stop millions in stolen money from being wagered on the beautiful game by customers involved in criminality. Firms should carry out anti-money laundering checks when large sums of money are lodged, won or lost by customers. But File on 4 has learned that some betting companies ignore these obligations, opening the door for the proceeds of crime to be gambled - and potentially laundered. In hearing the testimony of industry whistle-blowers, and that of problem gamblers who stole hundreds of thousands to fuel their addiction, we lay bare the sometimes darker matters associated with the fusion of the football and gambling industries. Reporter: Paul Connolly Producer: Paul Grant Editor: Carl Johnston
Second Class Citizens: The Post Office IT Scandal
In December last year, the Post Office agreed to pay nearly £60 million to more than 550 of its workers and former workers, after losing a High Court battle. It was a key victory for sub-postmasters after a 20-year fight for justice. Many hold the Post Office responsible for destroying their lives by falsely accusing them of theft and fraud. Some ended up in prison, others completely bankrupt - and many have been left with their health and reputations in ruins. File on 4 investigates how the Horizon computer system, brought in to Post Office branches in 2000, could have led to accounting shortfalls at branches - and asks why for years the Post Office denied this was possible, instead pursuing its own sub-postmasters for the money, which may have never been missing in the first place. Reporter: Hayley Hassall Producers: Mick Tucker and Nick Wallis Editor: Carl Johnston
Sewage Sludge
For decades sewage sludge from waste treatment works has been used as a fertiliser on agricultural land. But File on 4 hears serious concerns over whether it could pose a risk to human health and whether tougher regulation is needed. The practice is perfectly legal. Treated sewage known as 'sludge' or 'biosolids' provides a rich and cost-effective source of nutrients for soil which is then used to grow crops. The process saves more than three and a half million tonnes of human waste going into landfill or being incinerated. But reporter Claire Bolderson hears from scientists worried about the chemicals, plastics and medicines that could be damaging soil and making their way into the food chain. And she investigates the process of regulating the treatment, storage and use of sludge, amid claims from experts that rules are outdated and oversight lacking. Recycling sewage as fertiliser fits today’s environmental agenda for waste. But do we know enough about what the potential impact of the practice might be in the future? Reporter: Claire Bolderson Producer: Ben Robinson Editor: Carl Johnston
Facial Recognition
File on 4 has been tracking the roll-out of facial recognition tech across Britain’s streets, shopping centres and football grounds. The Metropolitan Police has announced it will use live facial recognition cameras operationally for the first time on London streets. The force sees the technology as a vital tool in the fight against crime. But privacy campaigners say it's a 'serious threat to civil liberties.' The pace is frenetic – new computer systems can watch thousands of people at once, with the most powerful able to operate at distances of over a mile. They can do all of this in “real-time”, meaning everyone who passes by the camera can be scanned against a “watchlist” of suspects. But technology like this means more and more innocent people are affected. Yet the public are not always explicitly warned, and neither are the regulators. File on 4 has been given new details of a trial at Meadowhall shopping centre in South Yorkshire in which police and retailers worked together to scan millions of shoppers, looking out for three suspects and a missing person (the latter was found as a result). It was one of several trials conducted by police and private companies, which went ahead despite requests from the Surveillance Camera Commissioner for police to ask him before implementing such schemes. The legislation surrounding facial recognition is new and mostly untested, leading to calls for stricter, more specific laws to be passed. Meantime, the Surveillance Camera Commissioner has called for a regime of inspections of the technology for both public and private bodies; a call backed by the veteran Conservative MP David Davis. Facial recognition may be new, but it still begs an urgent answer to an age-old question: who watches the watchers? Reporter: Geoff White Producer: Helen Clifton Editor: Carl Johnston
After The Flood
Few who saw the pictures of the devastating floods which hit the Yorkshire village of Fishlake will forget those images of houses and fields sunk beneath the waters of the River Don. But who knows what life looks like for the residents after the water has receded? Reporter Anna Cavell discovers a village fighting not only to get back into their homes, but also trying to find out what can protect them if the waters return. Delays to insurance claims and businesses struggling to get back to work are some of the everyday tasks facing the village. But with many not expected to return to their homes for many months, will the close knit community of Fishlake village ever recover? Reporter: Anna Cavell Producer: Rob Cave Editor: Carl Johnston
Mostrar mais

File on 4: Podcast do grupo

File on 4: Rádios do grupo