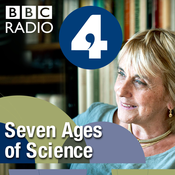 de
Age of Now
Lisa Jardine explores what's driving science in the 21st century: curiosity, politics, profit or PR?
Age of War
Lisa Jardine explores how military demands mobilised science not in World War II, but in World War I. The idea that Britain's scientific expertise and effort was mobilised from scratch on the eve of World War II is a myth. Long before 1939, Britain was ready to wage, and win, a scientific war.
Age of the Lab
Lisa Jardine explores how scientists became separated from wider society. Until the end of the 18th century, most scientific endeavour took place in private houses or workshops, often done on a part-time basis by passionate enthusiasts. It was the poet Samuel Coleridge who suggested, in 1833, that men who were neither literary nor philosophers might be called "scientists"; but still there were no public laboratories and certainly no white coats. The idea that people could be trained in laboratories was pioneered in Germany and it was decades before Britain caught on. In 1858, an expensive project to lay a telegraph cable under the Atlantic failed; and an inquiry into the failure recommended that Britain needed more men who understood how telegraphy actually worked. Today, the Cavendish Laboratory in Cambridge is famous for a string of Nobel Prize winning discoveries into the nature of the atom and the structure of molecules including, famously, DNA. But it was set up to train more telegraph engineers. As more purpose-built laboratories were established, complete with petri dishes, test tubes, and bunsen burners, scientists started to be perceived as somehow different from the rest of us. Trained in specialist techniques, they followed their own methods and rules. They became a separate tribe.
Age of Inspiration
Lisa Jardine explores an Age in which scientists took leaps of faith. At the start of the 19th century, fossils were a mystery. Mary Anning excavated the remains of huge and extraordinary creatures from the cliff face at Lyme Regis. Most men of science assumed she'd found a crocodile: she insisted her creature was entirely unknown. As other such mysterious monsters were unearthed, they represented a puzzle for established theology, but theology coped. Electricity, "that imponderable fluid", was another mystery; as was magnetism, another weird and invisible force. Maxwell's Laws of electro-magnetism, lavishly praised by Einstein decades later, explained them both, and light as well. His four simple equations reduced mystery by unifying apparently disparate phenomena. A notion that pervades and drives much of physics to this day. The way in which telegraph networks deliver messages might as well have been magic. And several well respected Victorian physicists believed that if voices can travel invisibly over hundreds of miles, then perhaps the laws of physics could help us communicate in séances with dead souls. Perhaps the biggest mystery of all concerned the origin of life itself. We tend to imagine a great clash between science and religion in the middle of the 19th century but for most of the century there was little conflict. Theology was able to accommodate the fossil evidence, or not worry too much about it; and evolutionary ideas had been around since Charles Darwin's grandfather published his scientific poem, Zoonomia. And, when Darwin published On the Origin of Species many in the chattering classes remained light-hearted, with one notable woman of letters remarking that she didn't believe her grandfather was an oyster.
Age of Opportunity
Lisa Jardine explores how the advent of mass manufacture in the Midlands changed scientific endeavour from a gentlemanly pursuit into a gritty, profitable, factory-based industry; and helped to forge a new scientific discipline, chemistry. Many early industrialists in Britain were vigorously interested in the material world. Josiah Wedgwood carried out thousands of experiments to achieve his unique Portland Blue: methodically changing the precise composition of the clay and adding different chemical elements to create new colours. He gave us fine bone china. He also gave us systematic and relentless testing on an industrial scale and the notion of quality control. Through patiently experimenting with different methods, apparatus and techniques, James Keir worked out how to mass-produce soap. His factory at Tipton turned soap making from a craft into a science. It revolutionised hygiene, made Keir's fortune and paved the way for modern industrial chemistry. In this Age of Opportunity, as the demand for little luxuries like soap and fine bone china grew, scientific endeavour was no longer solely a gentlemanly pursuit. It was a gritty, profitable, factory-based business. Science proved itself to be hugely profitable. And, at the turn of the century, Humphry Davy made it highly fashionable and respectable. His dazzling chemical performances in London were a sell- out. And, in 1833, Davy's friend, Samuel Coleridge suggested that men who were neither literary men nor philosophers, might be given the name, "scientist".
Mostrar mais 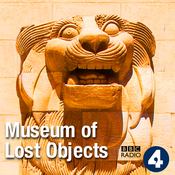 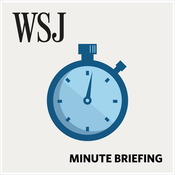