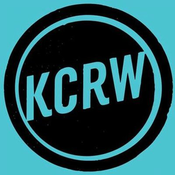 KCRW All the president's lawyers

de
Norms
Inspectors general are supposed to be independent actors with oversight power within the executive branch. What happens when presidents fire them? This week, President Trump did just that for Michael Atkinson, the intelligence community inspector general who forwarded information about the Ukraine whistleblower’s report to Congress, and for Glenn Fine, the inspector general who was tapped to oversee distribution of coronavirus relief funds. Can he just do that? Is there any penalty for breaking those norms? President Trump has been sending a lot of signals that he doesn’t want to be investigated over anything related to the coronavirus response. Are there big fights ahead between Congress and the executive branch over oversight? And what would they be able to accomplish? A non-profit in Washington state is suing Fox News for airing misinformation about the coronavirus outbreak. Will this be successful? Does Fox News really have any liability here?  Plus: Ken updates us on a hearing held over Zoom, and Michael Avenatti is closer to being released from prison.
If President Trump gives bad advice, can you sue him?
President Trump has been making implicit threats to governors with relief funds amid the coronavirus crisis. Are there any legal restrictions on his ability to play favorites? Could any state or anyone sue because the president sent personal protective equipment to states whose governors said nicer things about him? Ken says the president has a lot of immunity in this area, even when he’s talking about unscientific treatments for Covid-19. Is Fox News also immune? What’s the difference here? President Trump’s campaign has sent some angry cease-and-desist letters to TV stations that have aired a super PAC ad that criticizes his handling of the pandemic. And, parts of a lawsuit against the president for his revocation of press passes is allowed to move forward in part.  Plus: an update on federal courts, now a few weeks into this crisis; Bill Barr is directing the Bureau of Prisons to release some federal inmates, and his testimony before the House Judiciary Committee has been postponed. Could that not be a Zoom meeting?
No time for a deposition, I’ve got a pandemic to deal with
A few days ago, a story in POLITICO reported that the Department of Justice made a request for new emergency powers related to the pandemic. A lot of people responded with alarm that the government was indicating a suspension of habeas corpus, or essentially saying it will detain people without trials indefinitely during crises, but could there be another explanation for this? Are they simply trying to lay out the rules that apply to judges in a chaotic situation? Civil litigation is slowing down amid this crisis. How is it affecting the other cases we’ve been following? Ken and Josh go through the McGahn casee and House Democrats’ lawsuit for President Trump’s tax records, whether the president could be deposed in a fraud lawsuit and whether he can block critics on Twitter. Plus: updates on Michael Avenatti and Michael Cohen and the prison system amid a global pandemic.
Coronavirus and the courts
From the state courts all the way up to the highest court in the land, things are changing in response to the coronavirus pandemic. The Supreme Court will delay oral arguments in Trump v. Mazars, the case where the court will consider whether congressional committees have the authority to subpoena the president’s accounting firm for his financial information. Is it possible there won’t be a decision before the November election? Ken talks about his experience as courts have begun to delay and limit business and the effects on ongoing cases. How much can be done remotely? Is Clarence Thomas right about oral arguments being sort of unnecessary for the Supreme Court? And what of the staff and inmates in American prisons and jails? How much authority do state governments and the federal government have to tell you what to do in this crisis? Ken and Josh take a listener question about the Stafford Act. Plus: President Trump tweets he may pardon Michael Flynn, who still hasn’t been sentenced; the Department of Justice drops charges against a Russian troll farm (this from the Mueller investigation), Michael Cohen asks to serve the rest of his sentence in home confinement.
Hunter Biden, Don McGahn, Michael Flynn but first: coronavirus
Senate Republicans are trying to kick up dirt around Hunter Biden. Senator Ron Johnson is looking into Burisma and he wants to subpoena records from Andrii Telizhenkoo, a consultant to Burisma at the firm Blue Star Strategies. Democrats objected to this and called it a fishing expedition meant to hard President Trump’s political opponent. If Hunter Biden is subpoenaed, could he disobey? Could he delay? And if there are no specific allegations of criminal activity, could he assert his Fifth Amendment rights? And would it be a bad idea for Hunter Biden to agree to Donald Trump Jr.’s challenge to a debate? Yikes. When it comes to closing businesses, schools and canceling public events, what’s within the president’s authority? A DC circuit panel recently ruled for Don McGahn, the former White House Counsel, saying the court couldn’t involve itself in a dispute between two other branches of government. House Democrats want an en banc review of that case (to be heard by all of the DC Circuit judges), but after the McGahn ruling, a judge offered some advice to House Democrats in their separate efforts to obtain the president’s tax returns. It might not be the right advice. But, they did a little better this week in their legal pursuit of Mueller investigation grand jury materials. Plus: Michael Flynn, and wait, why does Donald Trump Jr. want to debate Hunter Biden?
Mostrar mais

KCRW All the president's lawyers: Playlist

Sobre KCRW All the president's lawyers 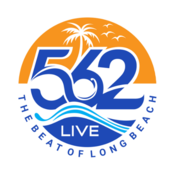 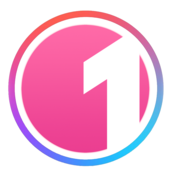