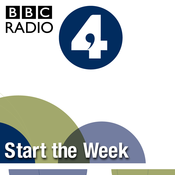 de
Love of home
Dan Jackson celebrates the distinctiveness of north-east England. He tells Andrew Marr how centuries of border warfare and dangerous industry has forged a unique people in Northumberland. With recent changes in political allegiance in towns and countryside across the region, Jackson questions whether the area can reassert itself after decades of industrial decline, indifference from the south, and resurgence north of the border. The economist Colin Mayer is looking at how to harness the power of patriotism and regional pride to revitalise areas like the North East. He sees a much greater role for the private sector in fostering community cohesion. But patriotism can be a dangerous force in disputed and diverse areas. Kapka Kassabova travels to two of the world’s most ancient lakes set in the borderlands of North Macedonia, Albania and Greece. This ancient meeting place in the southern Balkans has its own unique history of people living in harmony, and then erupting into catastrophic violence. We live in a world that is far more connected than at any other time in history, but is there still value to the notion that travelling broadens the mind? The philosopher Emily Thomas turns to Descartes and Montaigne for an understanding of how travelling away from home can help disrupt traditional customs and ways of thinking. Producer: Katy Hickman
Dresden - 75 years on
As the 75th anniversary of the Allied bombing of Dresden approaches, the historian Sinclair McKay looks back at the obliteration of a city and its aftermath. He tells Tom Sutcliffe about the terrible suffering of the 25,000 people who were killed in one night. The artist Edmund de Waal is showcasing his latest work in Dresden. The installation ‘library of exile’ is a place of contemplation and dialogue, and celebrates the cultures of migration. De Waal also outlines the importance of Dresden as the centre of European porcelain. In recent decades this former East German city has seen a huge increase in support for far-right groups. The journalist Stefanie Bolzen argues that there are many who feel their lives have not benefited either from the rebuilding of the city after the war or from the unification of Germany since. Sasha Havlicek is the founding CEO of the global counter-extremism organisation, ISD, which studies the online tactics of far-right groups across Europe and the US. She has seen a rise in the support of anti-migrant political parties, as well as increases in hate speech and terror attacks against minority communities. Producer: Katy Hickman
Artistic influence: Beethoven, Rembrandt and MeToo
This year is Beethoven's 250th anniversary, and Sir Antonio Pappano is marking the occasion with a new production of Beethoven's only opera, Fidelio. He tells Andrew Marr how this work combined the composer's keen interest in politics with his bold new symphonic style. But Beethoven was never happy with the finished opera, and redrafted it many times. Pappano also tells Andrew about the enormous - and inescapable - influence Beethoven had on later generations. Rembrandt was another artist who had an enormous influence on later generations. But a new exhibition at the Ashmolean in Oxford, curated by An Van Camp, shows the Dutch artist also redrafting and learning his craft. Young Rembrandt assembles drawings and paintings showing Rembrandt's astonishing rise, from unknown teenager to celebrity artist within a decade. Dame Mary Beard looks at a more pervasive artistic influence in her new BBC Two series, The Shock of the Nude. Beard shows how artists from the classical era to the present day have decided what we think a body should look like and how we should respond to naked flesh. She explores what happens when the artistic traditions of the past confront the Me Too scandals and gender fluidity of the present. Producer: Hannah Sander
Grayson Perry - the early years
The artist Grayson Perry turns to his formative years in a new exhibition of early works, The Pre-Therapy Years. He tells Amol Rajan about the ideas and influences that helped lay the foundations for his work, and about the emergence of his own identity as ‘the Transvestite Potter’. Hashi Mohamed has a very different story of success: he is now a barrister but arrived in Britain aged nine as a child refugee from Somalia. He warns that his own path is denied to the majority of people in Britain. Social mobility is a myth, he says, with power and privilege concentrated among the privately educated population. At just 26 Theresa Lola is already a prize-winning poet and Young People’s Laureate for London. Her first collection, In Search of Equilibrium, is an unflinching study of death and grieving. But she finds hope and solace in words, and believes in the power of poetry to bring about change. Photograph: Grayson Perry as Claire (detail), 1988 © Matthew R Lewis Producer: Katy Hickman
Puritans and God-given government
Oliver Cromwell’s Protectorate in the mid-seventeenth century lasted a mere six years and was England’s sole experiment in republican government. The historian Paul Lay tells Andrew Marr how Cromwell forged both his foreign and domestic policy according to God’s will - including waging wars in the Americas. Protestant separatists are at the heart of Stephen Tomkins's recreation of the journey of the Mayflower, three decades before Cromwell’s rule. Escaping religious persecution, the Pilgrim Fathers built their version of a brave new world in America. In the 400 years since the sailing of the Mayflower the USA has become a world superpower. Lindsay Newman from Chatham House looks at President Trump’s foreign policy decisions, especially in relation to Iran, and examines the political ideology that drives them. It is 70 years since the death of George Orwell. The academic Lisa Mullen explores the contemporary relevance of his writings on political and religious ideology, republicanism and the freedom to express heretical views. Producer: Katy Hickman
Mostrar mais 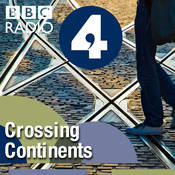 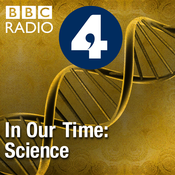 Start the Week: Podcast do grupo

Start the Week: Rádios do grupo