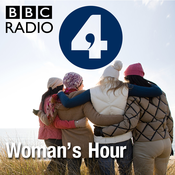 de
Phoebe Waller-Bridge, Emetophobia, a Perfect Winter Salad
Phoebe Waller-Bridge, famous for Fleabag and Killing Eve, is on the programme. We hear why the fear of being sick or hearing others be sick affects more women than men. It's called emetophobia and someone who suffers from it explains what it's like. Professor David Veale, a consultant psychiatrist at the Maudsley Hospital, joins us too. Islamic faith marriages aren’t valid under English law according to a recent Court of Appeal ruling. Now campaigners are worried that thousands of Muslim women have no rights if they divorce. We hear from Somiya who had to persuade her husband to marry her officially and Pragna Patel from Southall Black Sisters. An all-female team of investigative journalists from the 50-50 team at Open Democracy carried out an investigation into crisis pregnancy centres in 18 countries. Nandini Archer, the assistant editor, tells what they found out. We cook the perfect winter salad of red leaves, mackeral and orange with the food writer Catherine Phipps. And Tilda Offen, Harriet Adams and Ellie Welling, friends of 17 year old Ellie Gould who was murdered last year, tell us why they want self-defence classes to be part of the national curriculum. Presented by: Jane Garvey Produced by: Rabeka Nurmahomed Editor: Siobhann Tighe
Phoebe Waller-Bridge
Phoebe Waller-Bridge, the award-winning writer and creator of Fleabag, tells Jenni Murray about all things Fleabag: from celibacy, religion and sexual fluidity to the relationship between feminism and breast size, and of course the ‘Hot Priest’. Plus insight into the characters from Killing Eve, behind the scenes working on the new Bond film and how friends can be the greatest love story of your life. After the first season of Fleabag aired on the BBC in 2016, Phoebe brought us more complex and unpredictable female characters with her hit TV drama Killing Eve. In 2019 the second series of Fleabag won her critical acclaim in the US as well as the UK, including a handful of Emmys and a multi-million pound producing deal, and now a book Fleabag: The Scriptures. So how has she handled such an extraordinary run of success? And what difference has her work made to the way we see women on TV? Presenter: Jenni Murray Producer: Helen Fitzhenry Interviewed guest: Phoebe Waller-Bridge
Trouser Suits, Family Secrets, Bishop Cherry Vann
The trouser suit: powerful in its own right or just a copy-cat of a man's? The fashion historian, Lydia Edwards, has a new book out called How to Read a Suit. She discusses when they became fashionable for women and if we'll still be wearing them in the future. We talk to Cherry Vann, the new Bishop of Monmouth. She's the first openly gay woman bishop in the UK, as well as the first bishop - male or female - to be in a civil partnership. She officially became bishop this month but just beforehand, and quite unconnected to her appointment, the Church of England issued a statement suggesting sex belongs only in heterosexual marriage. So how did that affect her and what message does she think it sends to Anglican LGBT members. Winter salad and a Pear and Rosemary Upside Down cake is on the menu in our latest Cook The Perfect ... And we've got Part Two of real life family secrets. Who are Sarah's birth parents?
Family Secrets: Sarah and a secret revealed by a DNA test
Sue Black, Women’s Equality Party candidate, joins Jenni to discuss why she has stepped down from the London mayoral race because of complications with her vaginal mesh implant. Flood warnings have been issued across the UK from Doncaster to Wales and more flooding is expected. Hundreds of properties have been affected and families evacuated. How are people on the ground coping? And what are communities doing to help each other? We hear from two women in Wales - Vicki Plumber Leclerc, who’s had to evacuate her home in Aberdulais with her two young kids and Tina Rankin who is running the emergency effort at her local church in Pontypridd Family Secrets - In most families there are things which don’t get talked about and the silences are often rooted in shame and in fear. In a new series of Family Secrets Sarah tells her story. She contacted Woman’s Hour because she wanted to talk about a family secret that she has only recently discovered at the age of 44. And an all-female team of investigative journalists from the 50-50 team at Open Democracy looked at a US backed network of crisis pregnancy centres in 18 countries. They say these were not the neutral counselling centres that they at first appeared to be. Undercover reporters who presented as women with unwanted pregnancies described being told that abortion increases the risks of physical and mental illness, that hospitals wouldn’t treat medical complications of abortion – and that women, even those who had been raped, would require the man’s consent. Nandini Archer, assistant editor of the 50-50 project explains how they worked over eighteen months and what they’ve found. Presenter: Jenni Murray Producer: Caroline Donne Interviewed guest: Sue Black Interviewed guest: Vicki Plumber Leclerc Interviewed guest: Tina Rankin Interviewed guest: Nandini Archer
Parenting: How do you cope with fear of vomiting?
Does your fear of vomiting make parenting a challenge? Emetophobia, a fear of vomiting, is a relatively common but under-researched psychological disorder that mostly affects women. We speak with Lucy Burton, who’s been coping with emetophobia for most of her life, and is the mother of two young children. And Professor David Veale, a consultant psychiatrist at Maudsley hospital, which has a specialist centre for Anxiety Disorders and Trauma.
Mostrar mais